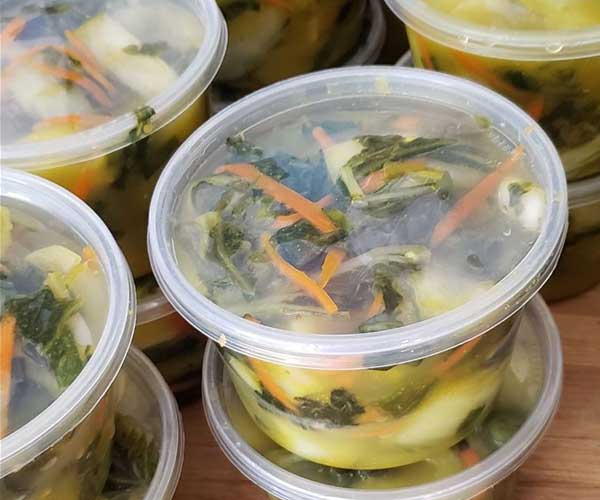 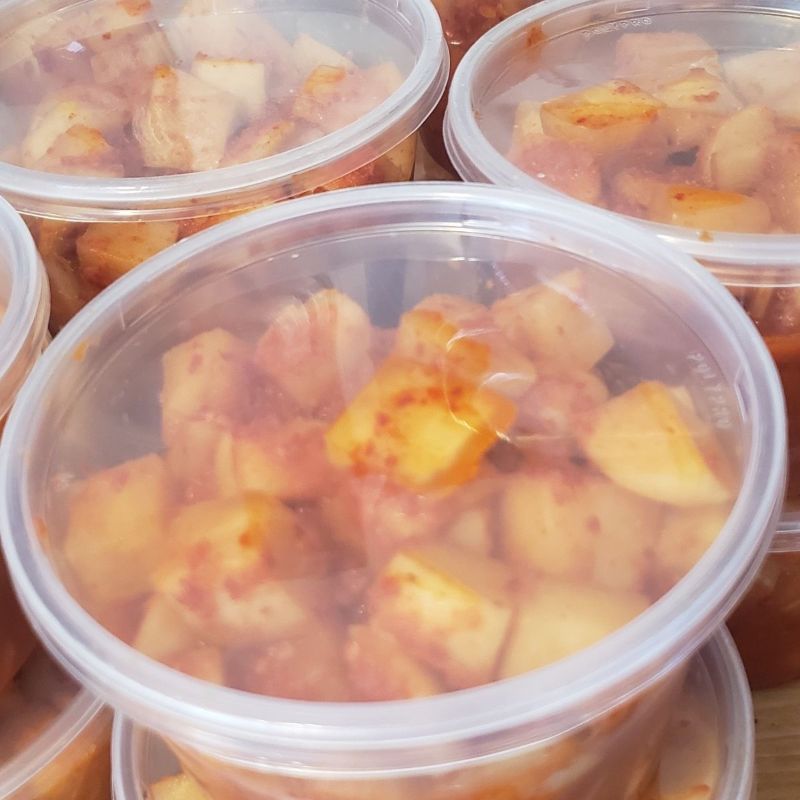 Traditional Daikon Kimchi with Korean chili pepper and a hint of pineapple and apples.
Sold Out

Taelyn Lang got his first restaurant job at 14, working at Cafe Navarro in Eugene, Oregon. After high school, he attended Western Culinary school before heading south, following his girlfriend and soon-to-be wife to Tucson, Arizona. It was at the Hotel Congress in Tucson, Arizona where Taelyn received his first taste as Head Chef. "At age 23, I had no idea what I was doing. I learned a lot good and bad."

Taelyn once again followed his heart, but this time to the Twin cities, where he worked at all the heavy hitters in the farm to table industry including opening the infamous Bachelor Farmer, and running Cook St.Paul.

After his stint away from the Northwest, Taelyn moved back to Portland to be with family and start a goat farm. Where he currently is raising funds for said goat farm, and working with childhood best friend as the kitchen manager at The Goodfoot.

Community Supported Agriculture Is Made Possible By Supporters Like You!

Signup for our CSA